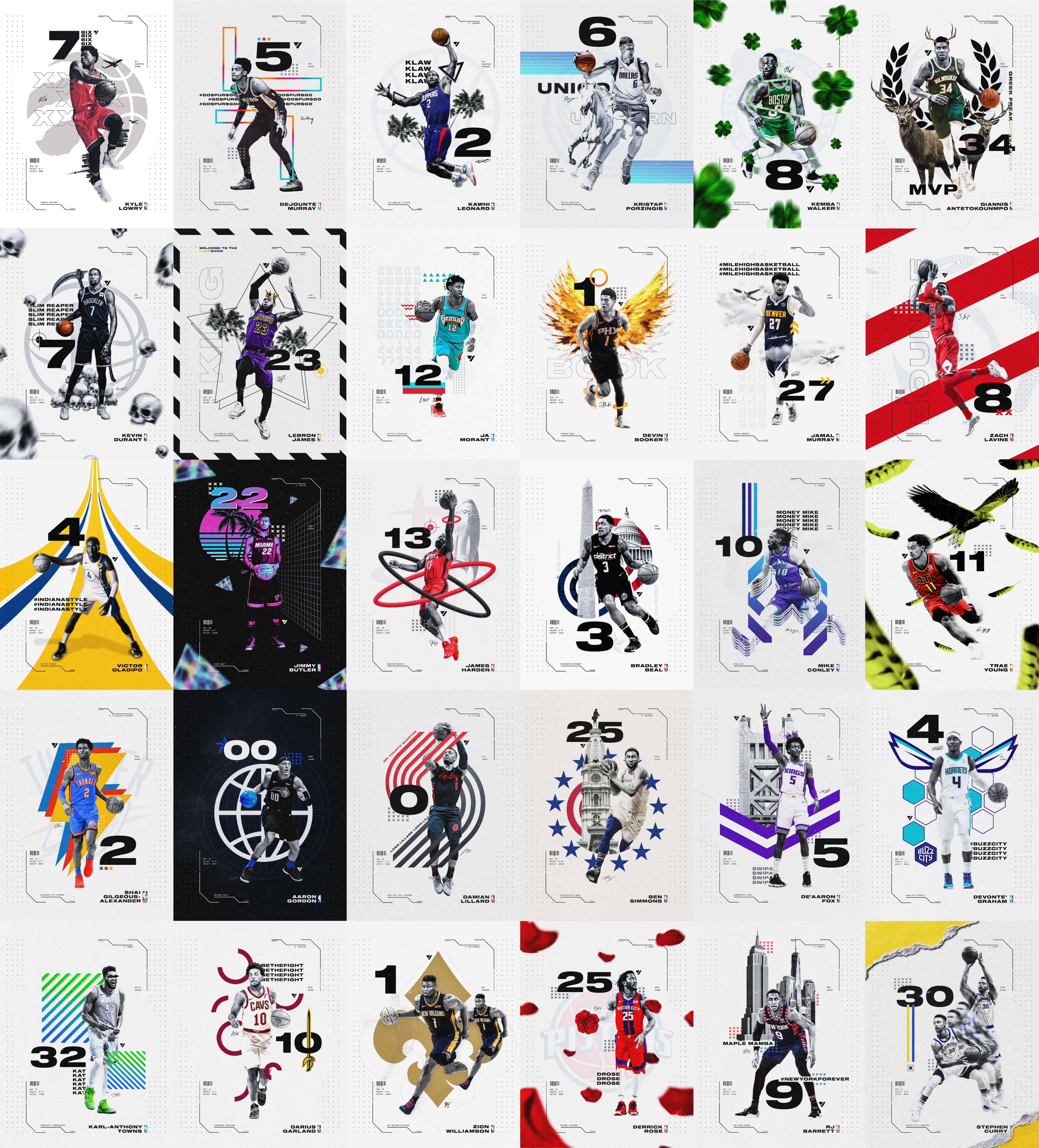 I challenged myself to make 30 NBA posters (One for each team) in 30 days. This was a way to improve my graphic design skills and combine my passion and interests as I’ve grown up watching basketball. All the posters were made to look cohesive in order to present them as a series.

View all the posters in high quality from this behance project.
‍
Check out the Project

To start off the series, I went with more of a simple and abstract look for the posters. I played around with different shapes and colours to create depth.

Although shapes were “easy” to work with, I learned that adding too many, even small ones, would ruin the poster. I had to really think about where I place each asset to make sure it does not throw the poster off.

To make sure the series does not get repetitive, I decided to bring in images related to either the player or team for some posters.

After working with both shapes and images, I decided to make a few with both styles. This became a bit more challenging because sometimes the graphics would become too complicated for no reason.

Doing these posters everyday, it was inevitable that some wouldn’t turn out great. Most of these were during the early stages of trying a new concept.

These were some of them:

Bad days always come with good days, and I definitely had some of them during these poster series. They allowed me to learn some new tools and photoshop and also experiment with some new styles.

These were some of my favourites from those 30 days:

View all the posters in high quality from this behance project.
‍
Check out the Project

This project was one of the biggest projects during my internship, and I can confidently say it contributed to a lot of my learnings throughout the summer.

I have always been a fan of minimalism but when doing these posters every day, I would always worry that I am doing “too less” or not making the poster creative enough.

Get out of your Comfort Zone

I had 30 days! I began to understand that this was my opportunity to really push myself for each poster and try to experiment with as many new design techniques as possible.